Where Are Toto Toilets Made? 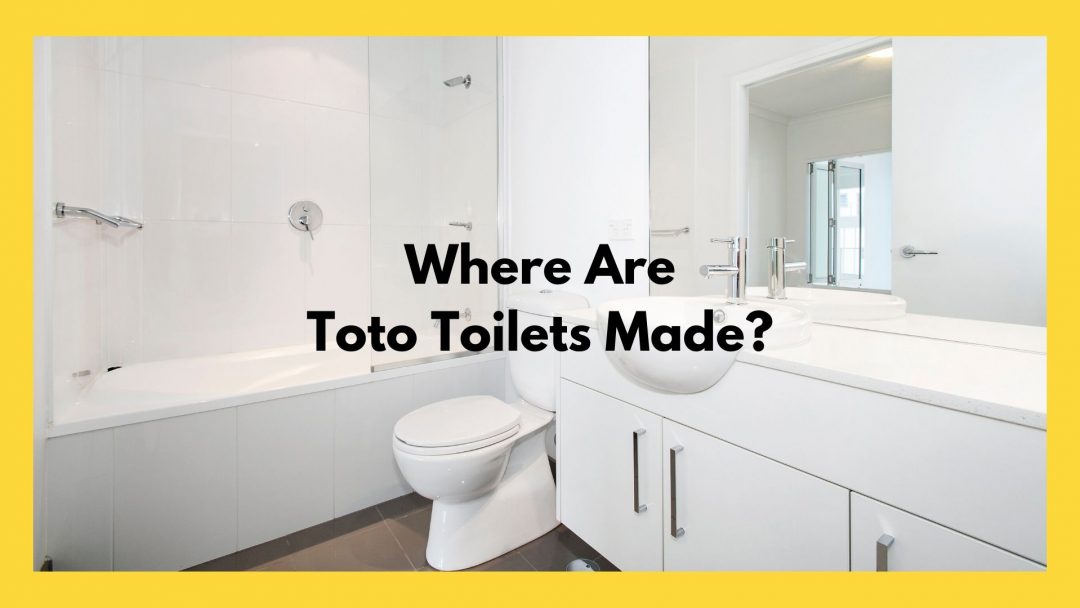 Toto toilets are by far the best and the most popular that are in existence in the United States of America as we speak. Though a little bit pricier than your ordinary toilets, they stand taller to the elements of damages as well as solid performances.

It is for these reasons that many people do prioritize them over and above their counterparts. But where are they manufactured?

Where are Toto toilets made?

First and foremost, we have to define just what “Toto” is or stands for. It is, in fact, a Japanese acronym of two words i.e. “Toyo” and “Toki” and manufactured by Toto Limited. The company and by extension the brand came into being in 1977. It does develop many innovative toilet products that have transformed many homes.

This company is based in Kitakyushu in Japan. It boasts of being the largest plumbing manufacturer in the world as we speak. Its long experience and years of operations have seen it spread its tentacles across many areas and regions of the globe.

Its production facilities are scattered in many countries and regions like Brazil, India, South Korea, Taiwan, Hong Kong, Europe, Vietnam, Thailand, Japan, China, Mexico, and even the United States itself! For a large part, each facility handles the manufacture of only a segment of the final product, not the entire product.

There is a direct correlation between the location of manufacture and the destination and target market of that particular toilet. Those models that bear the “II” abbreviation in their names are manufactured at a production facility in Morrow, Georgia. These are wholly destined or intended for the American market.

For instance, the raw structures may most likely be manufactured on American soil. The flushing mechanism, on the other hand, may come from Vietnam. To assemble the parts, the constituent parts and components are mostly shipped to the production facility in Georgia.

Under some exceptional circumstances, the company produces the constituent parts and components in areas that have cheap labor. It then ships those parts to more developed parts of the world like Europe and North America for further re-assembly and finishing. The trend has gained currency in the recent past after the economic downturns that rocked the world.

Those toilets that are geared to the Asian markets are largely manufactured in Japan, Thailand, and Vietnam. These regions further target specific segments of the wider Asian region. The ones that are made in Vietnam are largely intended for use in poorer countries like Bangladesh and Myanmar.

Going forward, Toto like many of the existing multinationals will likely shift base to Sub-Saharan Africa and Latin America. The reason underlying this is the fact that many Asian nations are increasingly closing the wage gap with the West. Quite a number of them are also instituting stricter controls that are seeing production costs skyrocket.

Notwithstanding such a shift of base, the quality of the final commodities is largely going to be the same. Toto stands apart from the others in the sense that it upholds a fair degree of uniformity in its productions and operations. This is to means that irrespective of where exactly the toilets are manufactured, you may be sure that they shall deliver the awesome outcomes you are badly desirous of.

That is because they abide by some stringent rules of engagements and manufacturing standards. Only a few features tend to distinguish those destined for high-end markets from those destined for low-end markets. Moreover, a global call center and customer care desk is always on standby to handle any inquiries as they come.

They are further subjected to some rigorous tests and quality assurances. The object of these two procedures is to see to it that they perform well regardless of where exactly or under what circumstance of use they may be destined. This means that they are to some extent, universal in scope. The end result of this is the ultimate peace of mind on your part as a user.

Well, we have labored hard to showcase to you where the Toto toilets are manufactured. With this knowledge at your fingertips, we now trust that you can do a good job overall in appreciating these appliances. You may also rest assured that regardless of the country of manufacture, these toilets are likely to give off the same degree of outcomes and satisfaction.

Do we need to add anything to the above conversations? Given that you care about the others, we challenge you to share and spread this information as far wide as you possibly can. Help as many others of your kinds to similarly appreciate this wonderful product as possible!

Related: How to Clean Toto Toilet?